Home
Smartphones
Which Android is Best for Gaming?
Next Article

Though people love to play casual games, the demand for PC-like gaming experience in a mobile phone is increasing with time. Now high-level games are not limited to a PC, and they have jumped to mobile phones.

But not every phone can handle such massive games. So which android is best for gaming? After hours of thorough research, we bring you some of the top android phones that are best for gaming. 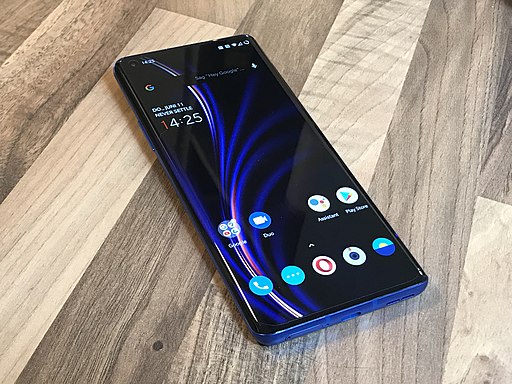 This newly released model of OnePlus is one of the best gaming phones in the market. The huge display of 6.78 inches has 1440 x 3168 pixels of resolution, which provides better image quality, and the refresh rate of 120Hz will help you achieve smooth and uninterrupted gaming.

The OnePlus 8 Pro has a top-end Snapdragon 865 processor to boost performance, it also has a 256GB of memory, letting its user save as many games as they want.

If you love to play games, you may know how important RAM is for a better gaming experience. Less RAM means more will be the lagging and freezing while playing the game, but you won’t face those problems in the OnePlus 8 Pro because it has 12 GB RAM capacity.

There’s one more thing which is essential in gaming, and that is battery life. It has a long battery life of 4,510mAh, which means you can play games for a more extended period and probably a whole day and more.

In addition to that, it won’t take long to recharge the phone as it supports fast charging. The OnePlus 8 Pro also contains a wireless charging option, which increases the mobility of the phone. The stereo speakers give the best sound experience while playing the game.

One of the famous brands, Samsung, launched its S20 plus model in 2020, February 11. The price is quite high, not because of the brand name of Samsung, and it’s because of the features that this model provides.

It has a large internal storage capacity of approximately 128 GB. The RAM capacity of 8 GB makes it almost impossible to be slowed down by any apps, so your games will run smoothly. Hardcore gamers will be happy to know that S20 Plus has a frame rate of about 120 Hz, that increases the performance of gaming.

None of the above features matter if you cannot play games for a long time because of the weak battery capacity. So, Samsung has worked hard on improving its battery performance, and it has a long-lasting 4500 mah battery.

Likewise many smartphones on this list, this is a gaming mobile. It supports one of the fastest refresh rates in the world of nearly 144 Hz. It has dual stereo speakers for better sound performance and a 4D Shock technology that adds practical vibration to the game.

It has a high RAM and Storage capacity, which is about 8/12GB and 128/256GB, respectively. It’s manufactured to support 5G, which makes online gaming even faster.

Apart from that, the two built-in shoulder triggers provide you better control over your game. It has a 6.65 inches display with 1080 x 2340 pixels resolution. Red Magic also has a feature to save your best gaming moments.

While overheating might be a significant problem in other smartphones, this mobile overcomes that problem. It can be achieved by a liquid-cooling system with a turbofan, which reduces CPU temperature by up to 18 degrees. One of the best parts about this fan is that its user can completely control it.

Since it’s made for gamers, who could play games for a long time, so it had to be safe for the eyes. That’s why it supports DC dimming for protecting one’s eyes and low blue light technology, which lowers the release of the low-blue lights to prevent eye fatigue.

It has a 4500 MAh battery with a quick charge of up to 55w, and according to the company, Nubia Red Magic 5G can be fully charged in just 40 minutes.

The Asus ROG Phone 3 is specially designed for gamers, and it has one of the most powerful batteries in the world with 6000 mAh capacity. It has up to 16 GB of RAM size with a 144 Hz refresh rate, which gives uninterrupted gameplay as well as it has an 865+ Snapdragon processor.

It also supports 5G services, which means playing games online is no longer a problem if your country has 5G networks.

To make your gaming experience even better, the Asus ROG Phone 3 has enhanced X mode, which can be turned on or off by the user. When it’s turned on, it strengthens hardware ability and clears all background apps to free the memory.

The screen size of 6.59″ and double front-facing stereo speakers give the gamer a realistic experience. You can even use ROG 3 for as long as you want without harming your eyes.

Playing games can create heat in a mobile phone, so to get rid of excessive heat that disturbs smooth gameplay, ROG Phone 3 is fitted with a GameCool 3 system.

This next-generation cooling system uses a 3d vapour chamber and a heat sink. When the mobile becomes hot, the heat is removed from the phone through specialized vents, which can reduce up to 4 degrees Celsius.

They also sell various gaming gears to increase your gaming experience, but you’ll have to purchase them personally.

The Razer Phone 2 smartphones are specially designed for hardcore gamers, so if you’re searching for a general-purpose phone, you might want to check OnePlus 8 Pro and Samsung Galaxy S20 Plus.

It consists of a snapdragon 845 chip with a 120 Hz frame rate and 8 GB RAM capacity. Although the screen size is quite smaller (nearly 5.7″) as compared to other smartphones, it has a decent screen resolution of 1440 x 2560 pixels.

The 4000 mAh of the battery allows you to play games for many hours. Moreover, it also supports 18W fast charging and 15W quick wireless charging. It can be charged very quickly as it has Quick charge 4+, meaning the battery can be charged up to 50% from 0% in hardly 15 minutes.