Motion blur is a technique used in video games to add realism and improve the gaming experience. What is motion blur? How does it work? And how can you configure it to get the best results for your game?

This guide will answer all those questions and more. So whether you are a seasoned gamer looking to take your experience to the next level or you are just starting out and want to learn more about motion blur, read on!

Motion blur, if present in the game you’re playing, may enhance the look and cinematic aspects of your screen. This function is supposed to make the game more realistic. Many gamers, however, avoid and turn off this option.

If you’re playing a fast-paced game, this is particularly true. Read on to learn what motion blur is all about. Furthermore, whether it’s better to enable or disable motion blur as you go along has also been discussed.

What is motion blur in games?

Motion blur is a visual effect that simulates the streaking of fast-moving objects. Motion blur actually adds a feeling of realism to computer games. Blurring makes moving objects look smoother and more fluid – which enhances the gaming experience. Unlike static images, motion appears continuous when displayed on a screen due to the phi phenomenon.

In other words, humans perceive images as smooth even if they are shown only for a fraction of a second on a display device such as a monitor or television set. As people can’t see individual pictures in-between frames, our eyes create the illusion of movement from frame to frame. This way it seems that there is no gap between two consecutive pictures or frames since both appear continuously – blending into each other with some streaks.

How does motion blur work?

The term for this effect is “persistence of vision”. This means that if you stare at a fixed point on the screen and wait long enough, your eyes will retain an image of it for some time. A camera with a fast shutter speed can also capture such streaks in an object’s path.

On the other hand, when you’re playing computer games, frames are displayed rapidly in order to create the illusion of smooth motion. Most commonly, 60fps (frames per second) is used in today’s titles. The human eye can detect movement after viewing as few as 12 images in one second, which effectively means that these 60 frames need to be repeated every 1/60th of a second (16.7 milliseconds). If each frame is repeated twice, there will be some sort of motion blur in the resulting animation.

Is Motion Blur Good For Games??

In a word, yes. Motion blur is a style that actually makes the game more realistic and adds values to it that you will not find if motion blur is disabled or doesn’t exist in the first place.

Basically, this visual effect creates a more life-like perception of moving objects. In addition, some video games also make use of depth of field effects – these are known as “bokeh”, which originate from photography.

As you know already, traditional cameras contain blades inside their lens mechanism which can be rotated to change aperture size – resulting in one part of an image being sharp while another part will be blurred regardless of the distance between them on a sensor plane.

Using such technique on games can significantly enhance picture quality – just like in movies, where they try to achieve the most realistic look possible. One more thing: motion blur simulates movement of objects and surroundings by sampling data from past frames and adding it to the current one. This way objects will appear like they’re really in motion – hence creating more realistic images.

Also Read: How Many SSDs Can You Install On A Computer Or Laptop?

When should you enable motion blur?

Some games are developed with motion blur enabled by default, but it’s actually possible to disable or enable this feature manually when required.

Do not worry if this term sounds too complicated at first because motion blur can be turned on and off very easily if you know how to do it. Generally speaking, most gamers agree that disabling motion blur does make fast-moving objects look better without taking a toll on performance. On the contrary, enabling motion blur may decrease your frame rate slightly depending on what kind of game you play and which graphics settings your system uses.

For example, you might get better performance if your game is quite resource-intensive.

When should you disable motion blur?

When playing fast-paced games, it might be a good idea to disable motion blur because this effect blurs everything that moves on the screen. This can make aim slightly more difficult since you will not be able to see the object very well while it’s moving at high speed. Other gamers say that turning off motion blur makes graphics look much clearer and crisper than when this feature is enabled.

However, some games are designed with an option to selectively toggle individual effects such as atmospheric or environmental ones (as well as shadows, lighting, particles, etc.) in order to enhance gameplay without decreasing frame rate significantly. Luckily, most leading games implement this option today, allowing gamers to adjust their settings as desired.

Also Read: Should I cover my laptop camera? –

How do you disable motion blur?

Some gaming platforms (such as Sony Playstation 3) let you make adjustments using gamepad controls, but it’s also possible to do this on Microsoft Xbox 360 and PC with the help of specific software which is usually supplied by game publishers or developers.

To disable motion blur in Modern Warfare 2 for example, you need to enter a menu through Multiplayer mode without pressing any buttons on your controller first. Then select Video > Display and change the Blur Reduction value to 1. You can then set it back to 0 if you wish to enable the effect again after playing the game for some time. The same rules apply to virtually any title available on the market today.

In this article, we explained how motion blur works in computer games and provided some simple instructions on how to disable or enable this effect with just a few mouse clicks.

If you’re still not sure what exactly it does, please share your thoughts in the comments below. We would also recommend reading other articles from our blog if you have time since there is a chance you will find them interesting and useful as well. Thank you for reading! 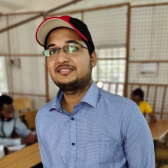