Cyber security is the practice of preventing, detecting, and responding to cyber assaults on information technology systems and networks. Companies employ the procedure to safeguard against scams like phishing and ransomware as well as other threats like data breaches and financial losses.

If you take a look at the modern world, you’ll see that people rely on technology more than ever. The advantages of this trend range from the speed with which information can be accessed online to the comforts of the modern house made possible by automation systems and ideas like the Internet of Things.

What is Cyber Security?

In order to protect networks, computers, and other electronic systems from intruders like hackers, spammers, and other cybercriminals, experts have developed the field of cyber security. While there are elements of cyber security that are intended to launch preemptive strikes, most modern practitioners are more concerned with finding the most effective means of protecting their clients’ infrastructure (including everything from computers and smartphones to networks and databases) from intrusion.

The word “cyber security” has been used as a catch-all in the media to refer to the practice of safeguarding against all forms of cybercrime, from identity theft to international digital weaponry. These descriptors are correct, but they fall short of conveying the complexity of cyber security to persons who aren’t trained in computer science or have experience in the digital sector.

The networking, cloud computing, and security experts at Cisco Systems define cyber security as “…the practice of securing systems, networks, and programmes from digital threats.” “The typical goals of these cyberattacks are to gain unauthorized access to, modify, or delete sensitive information; extort money from users; or disrupt normal corporate activities.

Cybersecurity: The Scope of the Problem

Forbes predicts that in 2022, we will face a wide variety of alarming cyber security concerns, including disruptions to the supply chain, rising hazards from smart devices, and a persistent lack of qualified cyber security professionals.

Cybercrime Magazine predicts that by 2025, global losses due to cybercrime will reach $10.5 trillion per year. The costs of cybercrime around the world are expected to climb at an annual rate of nearly 15% over the next four years.

The convergence of several trends makes for an ideal climate for criminals, including the pandemic, bitcoin, and the development of remote labor.

What is the Process of Cyber Protection? Cybersecurity and Its Perils

Technologies, processes, and approaches are all part of cyber security, which aims to protect networks, data, and systems from intrusion. In order to understand “what is cyber security” and how it functions, it is helpful to break the field down into its constituent parts.

When it comes to protecting an organization’s data, software, and services, application security encompasses a wide range of measures. Experts in cyber security are needed in this area to create secure code, design secure application architectures, implement strong data input validation, and other measures to prevent unauthorised access to or alteration of application resources.

When it comes to businesses using cloud service providers like Amazon Web Services, Google Cloud Platform, Microsoft Azure, Rackspace, and others, cloud security refers to the development of secure cloud systems and applications.

Access to an organization’s data systems must be restricted to authorized users, and this area encompasses the activities, procedures, and processes that make that possible. Data security is ensured by using robust procedures for storing information, whether the data is in transit or remaining on a server or computer. Additionally, authentication techniques, both two-factor and multi-factor, are more widely used in this field.

As more and more people rely on mobile devices, mobile security has become an increasingly important topic. Information on mobile devices such as tablets, cell phones, and laptops is protected here from various risks like theft, loss, malware, viruses, and the like. In addition, authentication and education are used to further strengthen mobile security.

The term “network security” refers to the hardware and software measures in place to prevent attacks on the network and its underlying infrastructure. When properly implemented, network security safeguards an organization’s assets from intrusion by both internal and external actors.

Humans aren’t the only potential danger. The Disaster Recovery Business Continuity (DR BC) subdomain entails the processes, alerts, monitoring, and plans that businesses use to ensure that their mission-critical services continue to function in the face of unforeseen disruptions (such as widespread power outages, fires, or natural disasters) and to resume and recover from any lost operations and systems.

Cyber security is a conundrum that can be solved in part by increasing employee understanding of cyber dangers. Companies should invest in educating their employees on computer security best practices, organizational procedures and policies, monitoring, and reporting suspicious, malicious activity by providing them with training on the principles of computer security. Education, training, and credentials associated with cyber security are the focus of this field.

Any illegal use of a computer, device, or network is considered a kind of cybercrime. The three main types of cybercrime are those that involve computers as tools, those that specifically target computers, and those in which computers play no more than a tangential role.

The most typical types of cyber attacks are as follows.

Attack with a “man in the center” In a man-in-the-middle (MITM) attack, hackers pose as a third party during an otherwise private internet exchange. After breaking in, hackers can selectively filter and grab the information they want. A man-in-the-middle attack (MITM) is common on open Wi-Fi networks because of their lack of best endpoint security solutions.

This is a denial of service. A denial-of-service (DoS) attack is a type of cyberattack in which a large number of “handshake” processes are sent to a network or computer, overloading it to the point where it cannot handle any further requests.

Since the prevalence of data breaches, hacking, and cybercrime continues to rise, businesses are more dependent on the services of cyber security professionals to detect and mitigate any risks to their systems and data. For this reason, projections see the cyber security industry expanding from $217 billion in 2021 to $345 billion by 2026, a CAGR of 9.7 percent.

Comprehending the Benefits of Cyber Security

The primary goal of today’s cyber security sector is to prevent unauthorized access to computers and other electronic devices. While it may be challenging to picture the bits and bytes at work here, the outcomes are far more accessible. Many websites would be almost unusable if not for the diligent efforts of cyber security specialists thwarting denial-of-service attacks. Picture yourself cut off from the wealth of knowledge and assistance offered by the Simplilearn community of experts and qualified professionals.

Cybersecurity is of paramount importance since it helps to maintain the comforts and conveniences of modern living.

There are three pillars upon which an organization’s security is built: privacy, reliability, and accessibility. Since the advent of the first mainframes, this has been the gold standard in computer security, and it goes by the acronym CIA.

What Effect does Cybersecurity Guidance have on the Essential Features of the Web?

the use of modular, stacked, and interconnected components

the combination of decentralised control and parallel routing

one universal method of identification

How do the directions influence the properties? The decentralised administration and dispersed routing attribute is adversely affected by four of the five directions, the most notable being the cybersecurity direction. In this aspect, the Internet is a network of networks, with “each network making decisions regarding its own operations and security, based on its needs and local requirements,” as one feature puts it.

Since there isn’t any overarching plan or controller controlling where and how connections are formed, the network develops naturally, in response to specific user demands. According to the research, this results in the Internet’s “global reach, resilience, and optimum connectivity.”

What effect do CERT-in directives have on the distributed management and routing capability:

The need for precise timing increases the probability of a catastrophic failure happening at any one instant: By mandating that all entities and servers synchronize their time with the Network Time Protocol (NTP) Server at the National Informatics Centre (NIC) or the National Physical Laboratory (NPL), the CERT-In recommendations have a chilling effect on the distributed nature of network management and operation (NPL).

The CERT-In mandate introduces a substantial possibility of a vulnerable centralization. More importantly, it deviates from accepted approaches in the field of synchronizing to multiple time sources.

Using a cookie-cutter method for logging results in a honeypot of irrelevant data. An exceedingly broad method would be to require all organizations to save all of their ICT logs for 180 days, effectively establishing a honeypot (a trap to draw attackers) of log data.

To put it bluntly, “this will be a big challenge for small and medium firms (SMEs) who may not have the financial means or the capacity to keep such enormous archives of their logs. The report warns that this could have the unintended consequence of stifling innovation and opening the Indian market to only the largest IT firms. 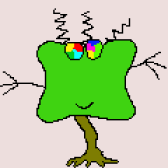